What is healthy poo?

Now this is a difficult one for me. I was brought up to keep these things very VERY private, almost like they didn’t happen. I’d love it to stay that way but it’s an inescapable fact that we all poo, even the Queen, and I bet she wonders what is healthy poo ALL the time! 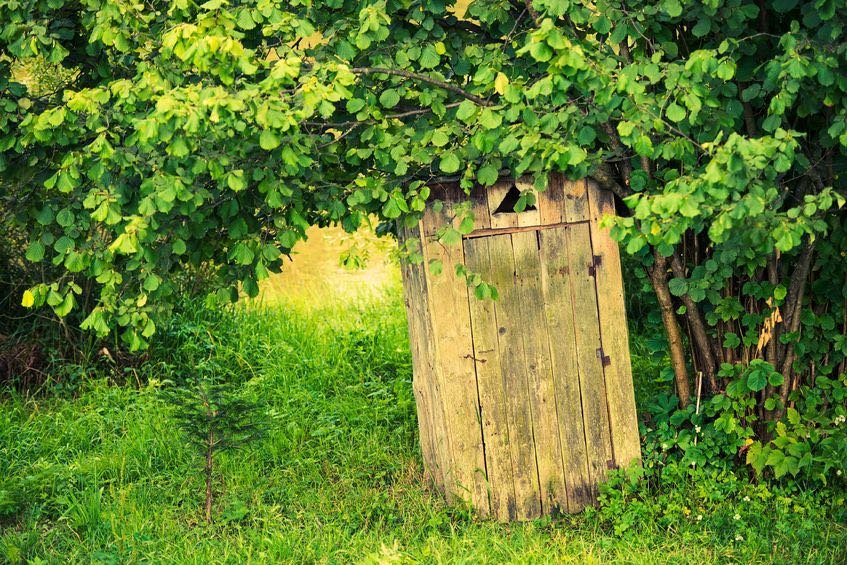 How often we poo, what it looks like, how hard or soft it is (and one other thing that I SHOULD mention but am actually far too British to), can all give signs about our state of health, and our diet.

So what IS healthy poo? Or a more common question is what is normal poo?

A normal consistency can range between bunny berries to cow-pats. Helpfully there’s a chart – the Bristol Stool Scale – you can use to check your poo against. Where are you on the chart? Is that normal for you? If so, it’s probably* normal. It’s usually only when things change that it means something is up. If you can relate that change to something you’ve eaten or drunk then there’s your explanation. If you’ve had a curry the night before or suddenly become vegetarian it’s likely your poo will be on the softer side. If you haven’t been drinking enough, moving enough, or if you’ve been veg-dodging or taking certain drugs or supplements, including iron, it’ll probably be harder. But if you can’t link it to anything like that, and it lasts, get checked out.

Poo is a great diagnosis tool, although most people are too embarrassed to mention it. No need to bring it up at dinner parties but try and get comfy with talking about it to your GP, like “Hey doc, my poo is usually like a well formed sausage, always has been, but all of a sudden it’s like OMG SPLAT!” Perhaps think of something less graphic, though I’m sure most GPs would appreciate this easy-to-understand explanation.

*types 3 and 4 on the Bristol stool scale give the least cause for concern. If your poo is anywhere else on the chart for a long time it migt be worth a check

How often should you be going?

A normal amount of times to empty the bowels ranges from twice a week to four times a day, on the other hand either of those or in-between might be unhealthy if it’s not normal for you. Bit confused? I’ll explain. If you normally go twice a week but suddenly start going four times a day it’s probably a sign something is wrong. Similarly if you normally go four times a day but start going eight times, or even twice a week. That’s not normal *for you* and needs looking into (perhaps literally as well as metaphorically) unless you can identify a transient cause. One transient cause of constipation or diarrhoea is hormones. Women often find that one or the other happens during menstruation or pregnancy. The associated hormones have an effect on the gut, making it either sluggish or hyper. That’s normal. By the way, despite what the adverts show it’s not only women who get diarrhoea and constipation.

How much should there be?

A normal quantity of poo depends very much on the diet. People who eat plenty of fibre will normally produce plenty of poo as a rule. An average daily weight of poo is 100-200g but it can be up to 500g if you’re a fibre lover. 100g is the weight of an average bottle of herbs or spice, including the bottle. 500g is two blocks of butter.

Of course overeating will increase the amount of poo too, all that food has to come out somewhere.

The gut is a creature of habit. It’s the most post-office-minded part of the body. If it could speak (in words…) it would say “Good morning. I see it’s 8:30am. It is therefore time for me to poo.” And off it would go until the next day at 8:30am. That is unless you interrupt its routine or frighten it. You see it recognises and responds to off-the-wall situations such as going on holiday, being in a different loo, being at the start line of a running race, seeing a ghost. It thinks “Eek these things do not happen in my post office, I am frightened!” and it either clamps shut or goes into fight or flight mode and expels everything all at once…

If you put it off-track by going away it will take a while to settle when it gets home, and you will be worrying, and when you worry *it* worries, and when it worries it clamps or expels… Moody and sensitive? You bet. And very intelligent.

We’ve all been on holiday and not been able to go til we get back, right? Or maybe that’s an introvert symptom. A-type personalities will enjoy the hell out of any new poo’ing destination like “HELL YEAH, I’VE NEVER POO’D HERE MAN! LET ME AT IT!” I have been victim of these people quite a few times. Ghastly creatures, but probs good and healthy. Whereas your standard introvert or well-brought-up person will think “Oh deary me, this is a frightful situation. What if someone actually knows I am doing a poo? What if the loo roll isn’t the one I like? What if there are germs on the seat?” And on they will whittle for at least an hour and a half, by which time the poo has turned back to where it came from, never to be seen again til they get home.

Depression and anxiety have a profound effect on the gut. Irritable bowel syndrome goes hand in hand with both of them. The gut and the brain fall out with each other; each is reliant on the other but after a prolonged state of emotional turmoil they begin to irritate each other, their communication gets snappy and they upset each other. It’s a vicious circle.

When we’re stressed, fed up or anxious we also produce more stress hormones and they cause inflammation inside the body, including inside the gut. Then food and fluid isn’t absorbed properly. Of course this eventually makes the whole body operate badly because absorbing nutrients is the stuff of life.

That’s all about what is healthy poo then. So what’s unhealthy poo?

As I said earlier, it’s usually anything that’s not normal for you. Or you may have a chronic condition that means your poo is affected long term, such as irritable bowel syndrome, Crohns disease, ulcerative colitis or any disease or condition that affects the gut, this very much includes depression – going back to that gut-brain connection again.

Some signs of unhealthy poo (when these types of poo are happening consistently) include:

If you are at all worried then please talk to your GP. You know your poo better than anyone (I hope – do you look at it? Look at it for goodness sake!)

What can I do to poo more healthily?

There are some really simple ways to have a happier poo’ing life, cos we all know that going for a poo is one of life’s greatest pleasures, right? A lot of them are given to you via the Nuush lifestyle, yes Nuush makes you poo better!

Eating plenty of nutritious fibre is a good start; this includes a variety of vegetables, whole grains, beans and pulses, nuts, and some fruit every day. This will help stuff to pass through much more happily.

Getting more fluid is another good approach, it doesn’t have to be plain water, it can be tea (Yorkshire tea is ALWAYS the answer!), coffee, or milk, as well as water. We also get plenty of fluid from vegetables and other foods such as soup, fruit and yoghurt. It all adds up.

Be more active on your feet. Moving more is a great way to stimulate persistalsis, that just means to make the food move through you better. Being upright and on the feet means gravity does some of the work. The jolting action of walking or running also stimulates the gut – any runner will tell you this! In fact a great remedy for constipation is to bounce up and down on a trampoline for a few minutes, you will soon find yourself running to the loo! (Only do that if safe to do so) I discovered this when my son was about two or three, he’d run to the trampoline, start bouncing and within 30 secs he was off it clutching his bum saying “I need POO!” So I tried it myself and sure enough…

Conversely, sitting or lying down lots will quickly see you not being able to go at all.

What can I eat to poo more healthily?

Food from our plans of course! And activity. And support from qualified nutritionists who are happy to discuss your poo.

Cover photo by welcomia at 123rf.com.