Vitamin B12 – what it is and what to eat

Vitamin B12 is essential for many of the body’s processes. In this article we tell you what it is, why it’s important and how not to become deficient. 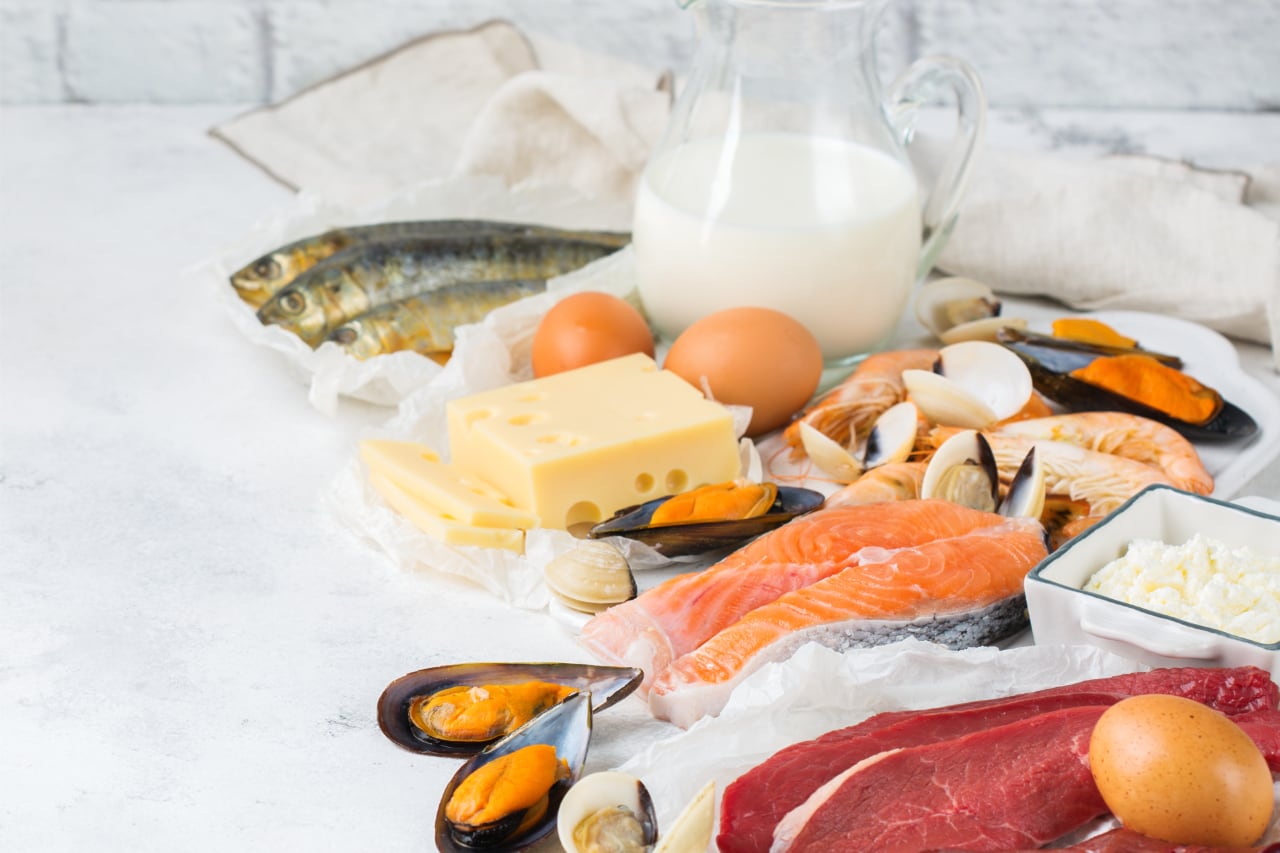 I cannot stress enough how important it is to have adequate intake and stores of Vitamin B12. This vitamin is involved in so many of the body’s processes, including:

*In relation to nerves B12 helps form the essential coating which helps them to pass signals.

Vitamin B12 and anaemia

In order to make red blood cells to carry oxygen around your body you need good levels of B12, as well as folate and iron. Healthy red blood cells are circular with a dip in the middle, sort of like a round Werther’s Original. They take haemoglobin on board, which carries that life-giving substance, oxygen.

Without enough B12 your red blood cells become an odd shape, and often larger. This weird shape makes them unable to carry haemoglobin. Therefore no oxygen will jump on board either because its mate haemoglobin isn’t there. Pretty serious!

Where does B12 come from?

B12 is non-existent in plant foods, apart from mushrooms. We get it from animal foods – meat, fish, poultry, and dairy and eggs to a lesser degree. Although some breakfast cereals are also fortified with it, which is why we put cereals such as Sultana Bran and Weetabix on the eatnaturally plan – and plenty of mushrooms on the veggie versions.

What can make us deficient in vitamin B12?

Vegans and some vegetarians or others who limit meat, fish and dairy, are at risk of deficiency because they don’t eat, or they limit, vitamin B12-rich foods.

B12 is released from food by stomach acid and something called ‘Intrinsic Factor’ (IF). IF is produced by cells that line the stomach. Certain things can affect those cells, such as infection with Helicobacter Pylori, or an auto-immune disease called Pernicious Anaemia where the body produces antibodies that kill IF. Age can also be a factor because as we get older we may produce less stomach acid; and the pancreas and small intestine, both B12 ‘players’, can get less efficient.

People who take a lot of antacids or use proton pump inhibitors are also affecting B12 absorption and many other medications can play a part. Anyone who has a gastric condition such as Crohn’s or colitis is also at risk.

So even though you might be consuming adequate B12 only some of it will be active due to certain factors some of which I’ve described above.

Vitamin B12 deficiency can have these symptoms:

If you’ve had a blood test and have high B12 it may be because you took  supplement close to the test but this always requires that you talk to your doctor.

Not without testing! B12 is a water soluble vitamin, the excess is excreted, so it’s still a waste of money supplementing when you don’t have a deficiency.

If you have symptoms, some of which can crossover with other conditions, then you can ask your GP for a test. The problem is the test will only look for total B12 and not whether it’s active or not. You can use a service such as Thrive or Medichecks to check the amount of active B12 and you can take that to your GP and ask about courses of action.

If you’re not symptomatic then there’s probably no need for any of this, obvs! We actually store a lot of B12 under good circumstances and it’s usually veganism, strict vegetarianism, other restriction of meat, fish and dairy, age or auto-immune issues that cause problems.

Suggested recipes for vitamin B12 boost

PrevPreviousWhat’s the truth about alcohol and health?
NextThe importance of oral healthNext