To salt or not to salt, that is the question.

Salt. The stuff which, when you’re seen sprinkling it on your dinner, makes fellow diners fire disapproving glances, expecting you to keel over at any second with a heart attack or stroke. The stuff that, because of the surrounding hysteria, is being removed from foods whose flavour is enhanced by it. 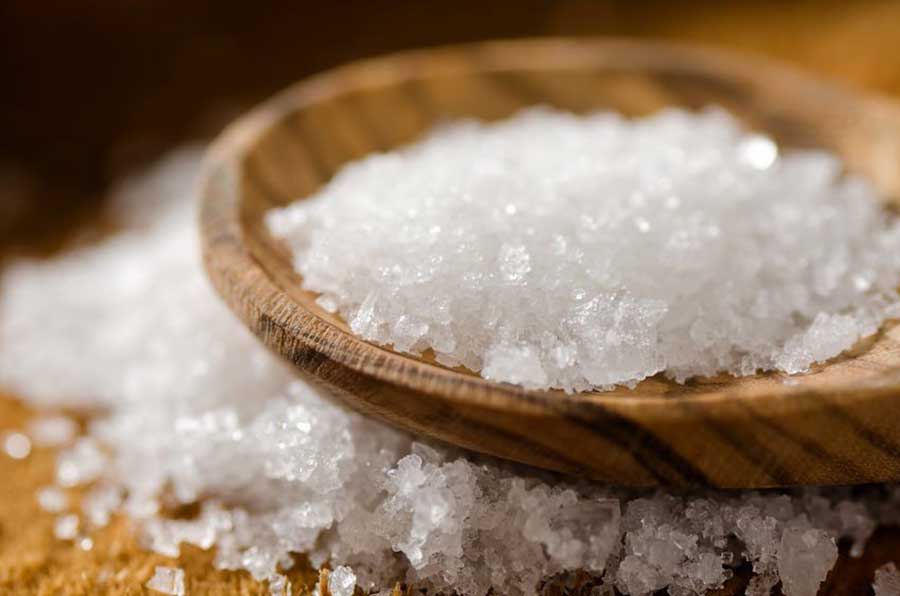 Is salt bad for me?

Too much salt can harm you but too much of anything can harm you. Too much water can be more harmful than too much salt, as demonstrated by marathon runners who are struck down by hyponatremia from drinking too much water without taking in electrolytes (including, and largely, salt)

But salt, in moderation (all things in moderation) has a positive side too, it is needed for many of the body’s natural processes:

You’re probably thinking, “But my doctor’s surgery has posters telling me I should reduce salt” or “Nearly everything I have read tells me I should eat less salty food as salt is bad for health”. Well let’s look beyond the hype. The InterSalt Study, back in the 1980s, did show there was a connection between salt intake and blood pressure, but its results have since been disproved because the study wasn’t properly adjusted. A study by the American Medical Association, looking at 114 clinical trials, concluded that the combined results did not support a general recommendation to reduce sodium intake. A study published in the American Journal of Hypertension showed that the human body tightly regulates salt according to the individual’s need, regardless of how much is consumed. There is no definitive evidence to support a population-wide reduction in salt intake. However, The UK Government recommends adults and children aged 11 years and over should have no more than 6g salt per day, that’s because they need to cover the whole population, and some people are susceptible to salt’s negative effects whereas other aren’t.

This large scale study, published in The Lancet, found that “Sodium intake was associated with cardiovascular disease and strokes only in communities where mean intake was greater than 5 g/day. A strategy of sodium reduction in these communities and countries but not in others might be appropriate.”

Remember, 5g of sodium is12.5g of salt (I know this is confusing by the way!)

In fact only 10-25% of people are susceptible to blood pressure increases linked to salt. 75-90% of people’s blood pressure is entirely unaffected by salt. Yes those people who are susceptible, including people with congestive heart failure, should reduce salt but the rest of us can probably stop fretting, in terms of blood pressure at least. Apart from anything else, reducing weight and alcohol intake are very effective at helping to control blood pressure. That’s not to say smother everything in salt and eat ALL the crisps because blood pressure is not the only thing to consider. Too much salt may affect the lining of blood vessels and increase the stiffness of arteries.

You might think that reducing salt is the be-all and end-all but low potassium levels have similar effects to high salt levels. The two minerals are needed together to work in harmony and create balance. So if someone is not getting enough potassium in their diet (good sources include beans, greens, avocados, bananas, apricots) their salt levels will be naturally less well controlled.

What is salt and where do we get it from?

Salt is a mineral, mainly sodium chloride. There are two forms, unrefined natural salt such as sea salt, and refined table salt. Table salt is 98% sodium chloride with added chemicals to help it stay dry, and to make it pour better (yuk). Table salt is inferior to unrefined salt because processing changes both its structure and the way the body deals with it. It can cause more fluid retention than unrefined salt because it attracts extra water molecules (all salt affects fluid retention/balance) On the other hand unrefined salt is about 85% sodium chloride with the benefit of natural extra minerals, including magnesium potassium and calcium (see what nature did there?) But again, don’t go thinking salt is a great form of mineral supplement, you’d have to eat loads of it to get a decent amount of minerals, you can get those minerals from elsewhere, but if you’re going to use salt you may as well use one that’s more natural. And flaked sea salt kind of gives you a more salty hit, so you can use a little less. It’s also lots more visible, which can be a deterrent to using too much.

More than 80% of the salt we consume comes from processed and manufactured foods; crisps, cheese, pickles, fast food, bread, processed meats and smoked fish are particularly high in salt. It stands to reason that if we eat a largely natural, unprocessed diet our salt intake will be reduced regardless of salting our food at the table. People who eat a highly processed diet are getting more salt than those seen salting their natural foods at the table.

If salt is not bad for my health shall I not worry at all about how much salt I eat?

Ummm, yes you should moderate your salt intake as you moderate everything, and no you should not TRY to eat more salt. As I said earlier, we can have too much of anything and if you are one of the minority percentage of people who are susceptible to blood pressure increases via salt then you must reduce your intake as salt is bad for your health. PLUS, there’s the arterial stiffness to consider, nobody wants that.

Beware of food labels too; salt is mainly sodium chloride and every gram of salt contains 0.4g of sodium. So if a food label only states the amount of sodium you must multiply it by 2.5 to get the salt content. I love the way they make food labelling and nutrition advice so confusing, don’t you? 🙂

But the bottom line is, if you have normal blood pressure and eat a largely natural, unprocessed diet then do not be afraid to enhance the taste of your food by adding a bit salt if you feel it needs it. Saltless cooking can be bland and unenjoyable. Just go steady.