The wonders of a Mediterranean-style diet

You might have heard that eating a Mediterranean-style diet is healthy and could help you live for longer. Here at Nuush we support people from all over the world to adopt this way of eating and living.

But what is a Med diet and why is it beneficial to health and the environment? 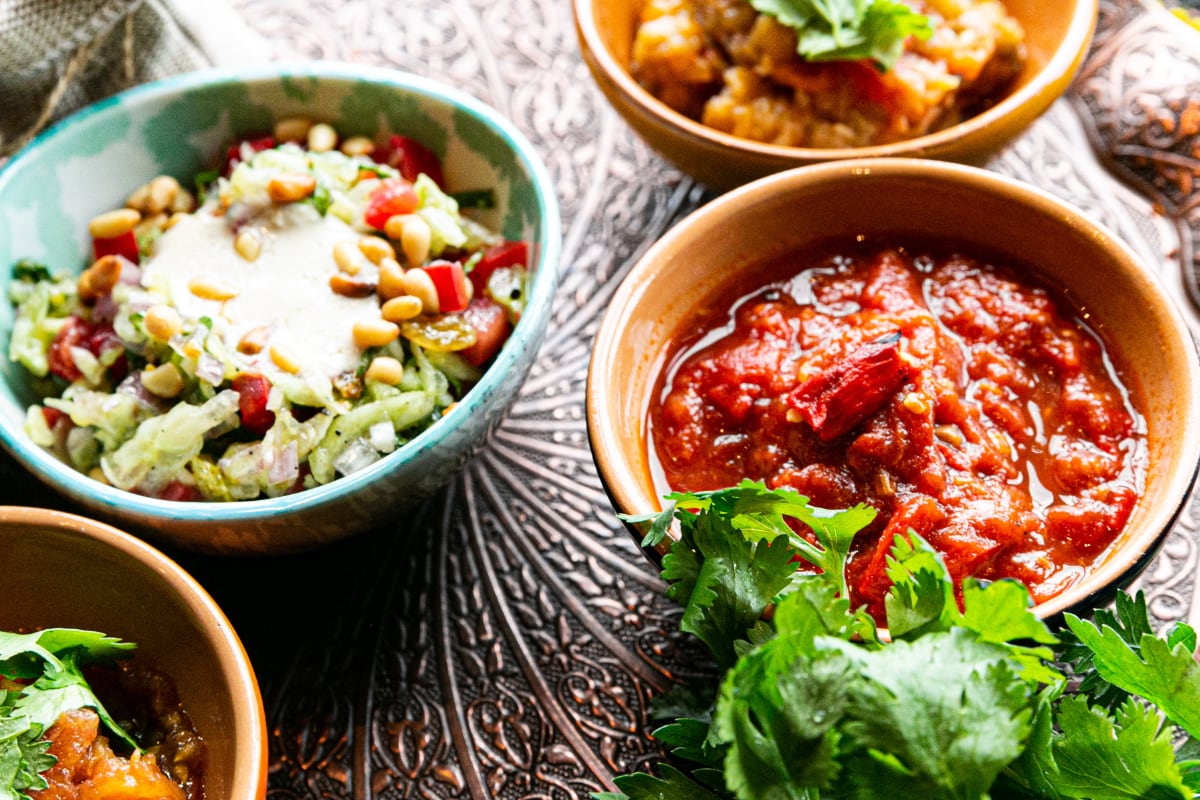 It’s difficult to pin down an exact diet regime because there are as many Mediterranean-style diets as there are Mediterranean countries. What people eat in the coastal regions of France differs to what’s eaten in Greece or Italy, for example. The term generally refers to the diet and lifestyle factors shared between the southern European countries that border the Mediterranean sea. Essentially the diet arose out of circumstance rather than conscious choice. Poor people used whatever foods were bountiful and cheap, or even free.

Mediterranean countries such as Greece, Italy, Spain and France have slightly different cuisines but they share some common healthy practices, like using olive oil as the main dietary fat, eating an abundance of plant foods, having red wine with a meal, being productively active rather than taking part in organised exercise, and taking time to eat food and share it with others. It’s ‘no fads’ approach and not about the latest weight loss or nutrition regime, or trendy food.

Are the health benefits proven?

The most focus in terms of research has been on the traditional Cretan diet. A robust and large research project called the Seven Countries Study looked at the diets of several countries across Europe, the USA and Japan, over the course of 30 years, and made comparisons to rates of cardiovascular disease. Findings showed that Cretans experienced the lowest rates of the disease, even though the diet was relatively high fat.

Albeit more than 95% of dietary fat coming from extra virgin olive oil, which we now know confers significant health benefits. Furthermore, Greek migrants who settled in countries such as Australia and then switched to the more meat-heavy, saturated fat diet of the host country took on the associated diseases – type 2 diabetes, cardiovascular disease, hypertension and obesity. However when, after a while, they reverted to their traditional diet, disease incidence reduced.

Another large trial called The Predimed Study included almost 7,500 people and looked at using the Mediterranean Diet as a health intervention for those at risk of cardiovascular disease. Results showed a 30% reduction in risk for cardiovascular events. Moreover, a reduction in the risk and incidence of stroke, breast cancer, type 2 diabetes, atrial fibrilation and arterial disease was noted.

More recent studies have looked further into at the effects of the diet in helping to control blood sugar in diabetics, with results showing marked improvements. Other research has linked the diet with improved mood, reduced depression and even reversing fatty liver. There is a paradox in that Greeks do become overweight but they suffer fewer, and a lower intensity of, lifestyle diseases because of the composition of their diet and the accompanying lifestyle.

It is also significant that of the five Blue Zones – areas of the world where a higher number of  people live for longer – two are the Mediterranean countries of Sardinia and Icaria (Greece).

What foods are included?

The traditional diet is heavily plant-focused with a daily profusion of seasonal vegetables and fruit, including wild edible greens such as horta and purslane and plenty of herbs, spices, garlic and onions. In fact the plant to animal food ratio is 4:1, in stark contrast to the typical western-diet rate of 1.5 to 2:1, and fairly commonly even 1:1, i.e. the Med diet includes a lot more fruit and veg than it does meat or poultry. At Nuush we help people to weave more vegetables and fruit into their diet each day with really easy and quick meals that are nourishing and healthy.

Poultry and red meat are not eaten often – commonly about once a month or on special occasions. Legumes and pulses are included each day and meals such as simple bean soups and stews are staples, eaten with unadulterated wholegrain bread using several types of grain. This contrasts with Greek and Mediterranean food found in modern tourist areas or in restaurants in more developed countries where the focus is on meat, dips and lots of bread – more the style of traditional feast or celebration food.

People enjoy plenty of fish and yoghurt; fresh fish is easy to acquire and the dense population of goats provide milk, used to produce not just yoghurt but cheeses, such as feta, whose probiotic cultures are so good for gut health.

Red wine flows daily but only with meals and in very small amounts. Desserts are few and far between, mainly for special occasions. Snacks tend to be nuts, yoghurt or dried fruit, in place of the typical western snacks of biscuits, cakes, crisps and fizzy drinks.

Why is olive oil so key?

I mentioned olive oil near the start; it’s a key player in the positive health effects of this style of eating. It has been a dietary staple for thousands of years because olive trees grow prolifically in The Med, particularly around the coastal regions. The olive tree is hardy, tolerating dry and hot conditions really well. The oil imparts many health benefits, being an unsaturated fat, high in Omega 9, helping to improve cholesterol ratio as well as providing polyphenols and antioxidants to help protect blood vessels from plaque and ward off inflammation. It’s a myth that frying with olive oil creates harmful compounds; it is safe to cook with and to use in sauces and salad dressings.

Is it just the food that’s good for health?

It’s not all about food and nutrition, the Mediterranean diet sits within a strong and happy framework of health behaviours that result in improved longevity and healthspan (that’s the life in your years as well as the years in your life). Regular productive activity, relaxation in the form of siestas and socialising with friends and family, fresh air, sunlight and a sense of community are beneficial factors leading to improved holistic health.

It wouldn’t be right if I didn’t mention the environmental benefits of the diet. Its plant-focus means it reduces the damaging emissions and habitat destruction involved in large-scale livestock farming. Its focus on seasonal and local foods reduces food miles. And its lack of snacking and abundance of dietary fibre means that people eat less but better, reducing the environmental burden of food production.

Eleven key principles of a Mediterranean-style diet and lifestyle:

What if the diet is taken out of its geographic area?

Although not every country enjoys a Mediterranean climate, most developed countries have the diversity of foods available so that people can eat a Mediterranean style diet. The other health behaviours can also be adopted so we can all enjoy the benefits of this wonderful, science-backed way of eating and living that brings extra years to life and extra life to those years.