You could be forgiven for believing that potatoes are devoid of nutrients and are a major cause of obesity and diabetes.

Hmm, not so fast. 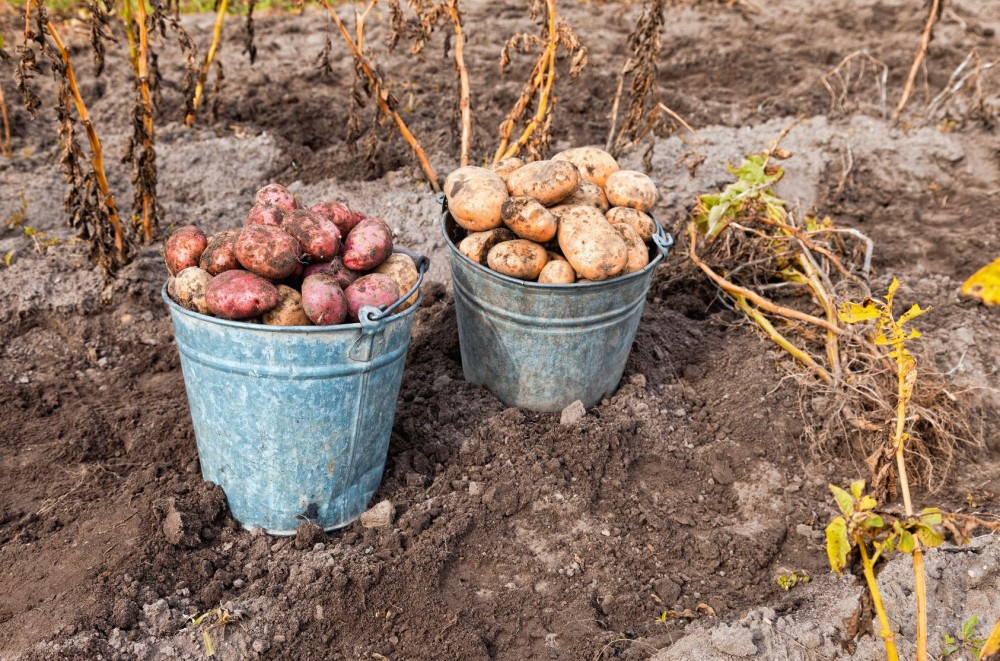 It’s sad that the awesome potato has become a victim of the current trend against carbs, because it makes a great contribution to the diet in terms of nutrients and fibre, inexpensively.

One of the issues with potatoes’ image is that they’re often turned into foods that are synonymous with unhealthy lifestyles; crisps and chips to be more precise; though chips are no problem when cooked with care, at home, and eaten occasionally. But there are so many delicious ways to enjoy potatoes without crisping or chipping them.

Another common belief is that potatoes are high GI, meaning that they’d release their energy into the bloodstream like lightning. Actually, speed of release varies with the variety of potato (floury varieties are faster release, waxier are slower), how they’re prepared and cooked (best cooked with skins on, and boiled rather than baked), whether they’re eaten hot or cold (cold waxy potatoes in a salad have a relatively low GI), and what they’re eaten with (eat them with protein and it slows things down immensely). So if you choose a fluffy baked potato, and eat it on its own without the skin it’ll release fast, which is not a problem if you need a fast-release carb, which athletes sometimes do; but choose a waxier potato, scrub it, don’t peel it, boil it whole and eat it with some vegetables and protein and you are slow-fuelling yourself with a very valuable food.

So, let’s have a look then

If we stuck a nutrition label on a potato it would list the following nutrients:

Impressive eh? Added to that little lot, potatoes contribute a significant amount of fibre, both from  the skin and the flesh. They contain resistant starch, which is a type of fibre that reaches the large intestine intact, and helps to keep things moving healthily through the system.

Potatoes also contain phytonutrients that have antioxidant effects, including carotenoids and flavonoids. Antioxidants help to prevent cell damage which can be cause by poor diet, stress, smoking, alcohol and just natural ageing. One medium sized potato contains over a quarter of our required daily vitamin B6, which is key for red blood cell production, healthy nervous system, and the body’s use of carbohydrates for energy.

White potatoes are of the same family as aubergines, tomatoes, peppers and deadly nightshade, whereas sweet potatoes are from a different family altogether, related to water spinach and having large trumpet-shaped flowers.

Where did they come from?

Potatoes have been part of the human diet for thousands of years, they were first cultivated in South America  around 4,000 years ago, and are one of the most commonly grown crops on the planet. They come in thousands of varieties, but we usually only get our hands on a few of them, unless we grow our own. Even rice-eating countries like China have now adopted potato growing. Potatoes really are an easy, cheap nutritional win. They’re pretty simple to grow as well, if you have a bit of space, they can even be grown in large pots.

So love your potatoes ❤️🥔

If you’re thinking of following one of the diets that tells you to cut out or cut right down on carbs, try not to throw the baby out with the bathwater (in fact just don’t do the diet). Yes, white pasta and white rice, white plastic bread are pretty nutrient-devoid, actually harmless in moderation as part of an overall varied and unrefined diet (though white plastic bread is suspect), but potatoes don’t deserve to be in that camp.

Get spuds back in your life with our Nutrition for Everyone meal plans.

What I say is that, if a man really likes potatoes, he must be a pretty decent sort of fellow.