The importance of commitment

This guest blog by Valine Bahar discusses the importance of commitment if we want to achieve certain goals. In a Nuush context this applies to healthy eating and fitness but just as well applies to anything that’s important and vital to us or our health. 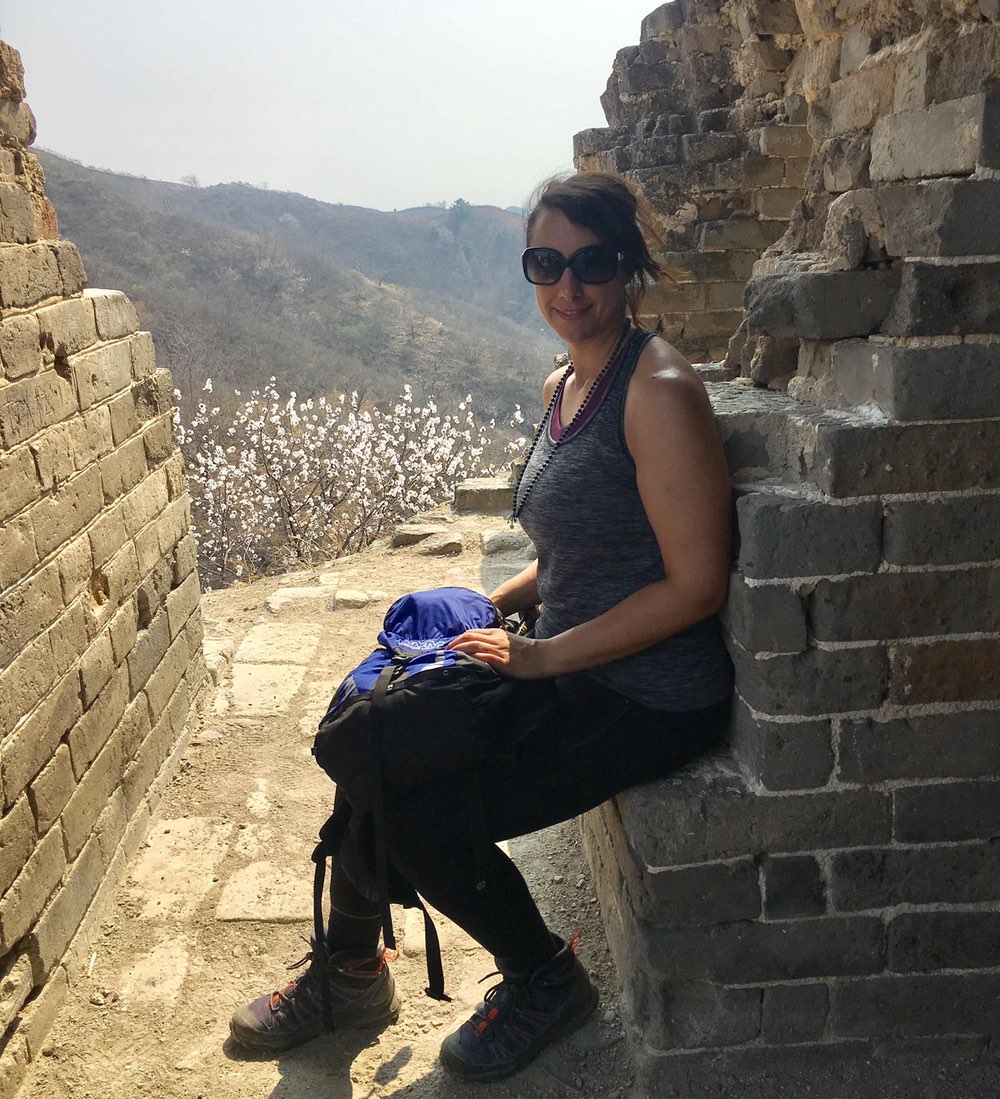 Valine is a long-time Nuush-friend and uses our Nutrition for Everyone plans to fuel her busy life. She is General Sales Manager for a well-known luxury brand, with responsibility for over 150 staff.

Why is it that despite our best efforts, we don’t always commit 100% to the things that make us happy?

I recently came back from a life-defining trek of The Great Wall of China. Before the trip I’d spent a long time struggling, like many, to balance a life in London with a demanding job, decent social life, family, yoga, the occasional run and some well-needed down time. Then throughout last summer I found myself going out a lot and drinking more than ever. There always seemed to be an invite or impromptu after-work event and while I never had the intention of drinking and eating too much soon enough I was out drinking all the time, eating any old thing (as I was never home) and feeling out of control and exhausted as a result.

I read Arianna Huffington’s book, Thrive, around the same time which led me to self-diagnose inevitable burnout. So I decided enough was enough and, with a friend, decided to do “Sober for October”. If I could change one thing I figured the rest would follow. The decision was made; I knew the goal and it was non-negotiable.

After the first few days I gained confidence in my ability to get through the month. Then as the first couple of weeks passed my standard order at a bar became a sparkling water with fresh lime and mint, a ‘Mojit-no’, and my friends didn’t even bat an eyelid at this new behaviour because they knew my greater goal, like most successful change projects I’d enlisted allies and made my goal public. By Christmas Sober for October was still going strong and I even thought I could be one of those people that just doesn’t drink. I *wanted* to be one of those people that just doesn’t drink.

Have a clear, non-negotiable goal

I realised it was easier because I was clear and resolute about a single, clear, greater goal. Not to drink. I wasn’t faced with decisions each day where I had to rely on resolve and willpower to say no, I was just following one rule I’d set for myself, and it was liberating. No mental energy was wasted, I didn’t feel deprived, I was sleeping better, I had loads of energy and I felt in control. But most importantly I had this steely resolve because I’d committed myself one hundred percent.

There have been other times when I’ve made similar decisions or choices, like when I decided to become a raw-vegan (and now vegetarian) or when I had to pass my driving test first time because my instructor was a creep. Then there was the time I wanted to prove to myself I could get a degree in Sports Science despite not looking like a typical athlete or, at that time, not being able to run for longer than 30 minutes. Running a marathon, getting my karate belt, changing jobs, the list goes on but all these achievements had one thing in common: I had committed to them 100 percent.

Why do we set goals then fail to achieve them?

Many of us have convinced ourselves that we are able to break our own rules “just this once.” In our minds, we justify these small choices. None of those things, when they first happen, feels like a life-changing decision. The marginal costs are almost always low. But each of those decisions can roll up into a much bigger picture, turning you into the kind of person you never wanted to be.

Humans are big on self-sabotage, we’re easily influenced and swayed by external forces. Let’s say you want to give up drinking wine every night but each evening a friend turns up with a bottle or you’re invited out for a drink; which is the greater force, your desire to not drink or your desire to go along with your friends? If it’s the latter then how much do you *actually* want to stop drinking every night? 100%, or less?

The smaller the gap between what you should do, and what you actually do the happier you will be. Theory says it’s easier to commit to something 100 percent than at 98 percent; when you fully commit to something the decision is made. Consequently, regarding that thing, all future decisions have been made.

Unless you’re committed 100 percent, you will always be a victim to external circumstances. By relying on willpower, you’ll crumble more often than you think. Research has found that people over-inflate their own performance. Chances are, you probably think you’re doing better at your resolves than you really are. But once you’re 100 percent committed, you no longer need to rely on willpower. Your decision has already been made regardless of the circumstances. Saying “No” to anything outside our highest ideals becomes extremely easy. This is living proactively rather than reactively.

The importance of commitment

So there it is. We all have some core non-negotiable commitments, that we just wouldn’t compromise on, such as being true to someone we’re in love with, showing up for work or taking care of children or relatives. Yet when it comes to things that are important and vital to us as individuals we start to compromise. We give ourselves the OK to only commit 98 percent of the time and edge slowly away from them.

The risk is that it can soon become 50 percent and then far quicker than you realise, you’re so far removed from your original goal that it seems overwhelming and hopeless to even start prioritising yourself again. With increasing personal demands and in an age where Millennials are given a daily battering for being selfish and impatient, it’s no wonder we find ourselves continually allowing ourselves a little break; whether that be a glass of wine, an afternoon of film watching, a cheat meal/week/day; we do it because we believe we deserve it.

Happiness is when what you think, what you say, and what you do are in harmony.

Gandhi was a smart man and I’ve certainly been at my happiest when my thoughts, speech and actions have been aligned, so it doesn’t surprise me that the times I’ve committed 100 percent to causes I truly believe in I’ve been successful, happy and contented. A wise Instagram post also once told me “You can’t pour from an empty cup. Take care of yourself first.” Coming back from China made me realise there is a whole world outside, away from work and all these limiting constraints we put upon ourselves and that life feels better and healthier as a rich tapestry, not a monoculture.

The China trip has made me realise just how satisfying it is to be physically active, socialise, be outside and eat for wellness. Also how resilient and strong our bodies and minds are and how much personal fulfilment and joy can be achieved in one day. Since being back I’ve made a promise to myself that to have a more rounded and interesting life I need to fill my cup with a range of things that help me to thrive. I will commit myself, unwaveringly, one hundred percent to all the things that make me happy.

Get support for your commitment to healthy eating with our nutrition plans.