I’ve been inundated with questions about the validity of information in this Netflix documentary which promotes a plant-based (that’s vegan to you and me) diet. 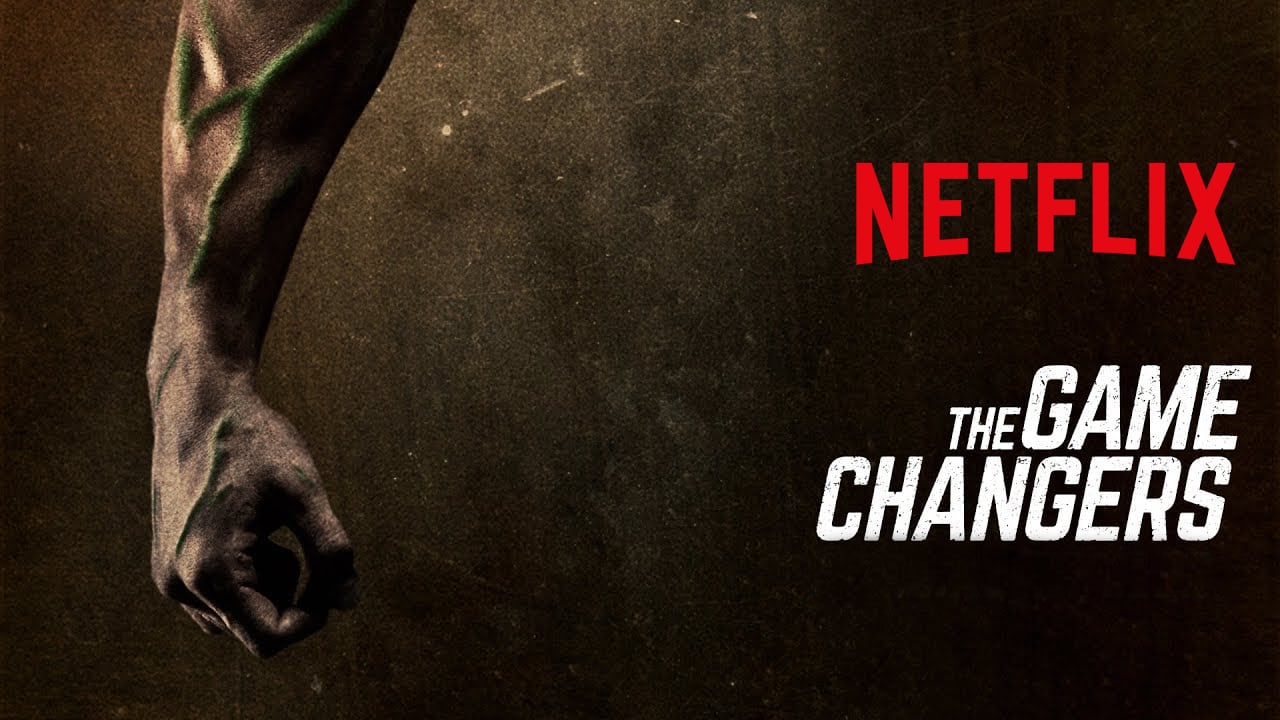 I have to say all the questions have come from males, and a lot of them die-hard meat eaters. It really has rocked the foundations of a lot of people’s food and nutrition beliefs.

“Would I be more muscly if I stopped eating meat?”

According to the programme and its cherry-picked research a plant-based diet is a panacea for everything from being able to flip a car single-handed to having more, harder and longer lasting erections after eating a vegan burrito. We saw the screen panning from heftily muscled guys tucking into three steaks a day to a range of gigantically-muscled or superfit males living off lentils and leaves (the vegan car flipper seemingly majoring on pizza and chips, however)

So now I’m getting “Sal, do you do plant-based plans?” “Sal, I’m worried about my meat consumption.” “Sal, would I be more muscly if I stopped eating meat??”

Let’s get something straight for a start; there is nothing I would love more than for the whole world to stop killing and eating animals. There is absolutely no doubt in my mind that it’s cruel. There is also no doubt that I could upgrade my car to a brand new top of the range Range Rover from a dusty old Freelander whose door doesn’t open if I started promoting extreme and restrictive diets. It would work so much in my favour.

Because it goes against what I’ve been professionally taught about nutrition. Because it’s nutritionally unbalanced. Because I don’t believe in it nutritionally. Because extreme and restrictive diets are a precursor to eating disorders. Because I wouldn’t be able to sleep at night.

FACT: Eating more vegetables, fruit, beans lentils, chickpeas, nuts, seeds, tofu and plant foods in general is a very wonderful thing for for health. There aren’t many nutritonistas who’d disagree there. I beg my people to focus on that stuff.

That doesn’t mean that eating some meat, chicken, fish, eggs and dairy products is unhealthy; far from it, they all provide vital nutrients and some provide certain nutrients much better than plants can, for instance more bio-available iron, much much more thyroid-critical iodine, MUCH more vitamin B12, more Omega 3 fats, more calcium.

Yes you can get those things from plants and from supplements but not as easily and often in an inferior form. In fact iodine is largely overlooked by naive plant-basers. Big mistake.

My Research vs Your Research

Anyway, I’m not going to go into every point or counter all their claims or come up with research papers galore to support what I’m saying because (a) I don’t have time (b) that’s being done all over the internet right now (c) as always, it’s possible to find a research paper to support virtually every personally held view and (d) most people don’t want to read research papers anyway.

Oh OK here’s just one – remember they showed blood plasma after a meat meal, and it was cloudy? It would also be cloudy after a plant-based-fatty meal and here’s a (v v small) study that concluded that one is not worse than the other.

What I’m saying is plasma would be cloudy after a fatty meal regardless of the type of fat or whether the person showing it was wearing a white doctor’s coat.

Why should you listen to me?

Am I a doctor? No. Then again there are plenty of celebrity-seeking docs out there trying to make a name for themselves by pushing extreme diets. What even am I then?

Now, if you really want to go veggie or vegan that’s no prob, as long as you realise that a lot of the documentary’s claims were far fetched. I’m here for you. Nuush does veggie and plant-based off the shelf plans, and bespoke plans. They’re great; you just won’t find me saying they’re healthier than our meat and fish ones or will give you bigger hard ons.

All our plans are first class, get you off to a healthy footing and furnish you with sensible, healthy eating habits for life.