So good I named it twice 🙂

But seriously, there’s loads of hype about sugar and it’s pure hysteria to say we need to cut sugar from the diet. Some fantastic natural foods, such as fruit, contain sugar but you can’t lump those in with things like cake. 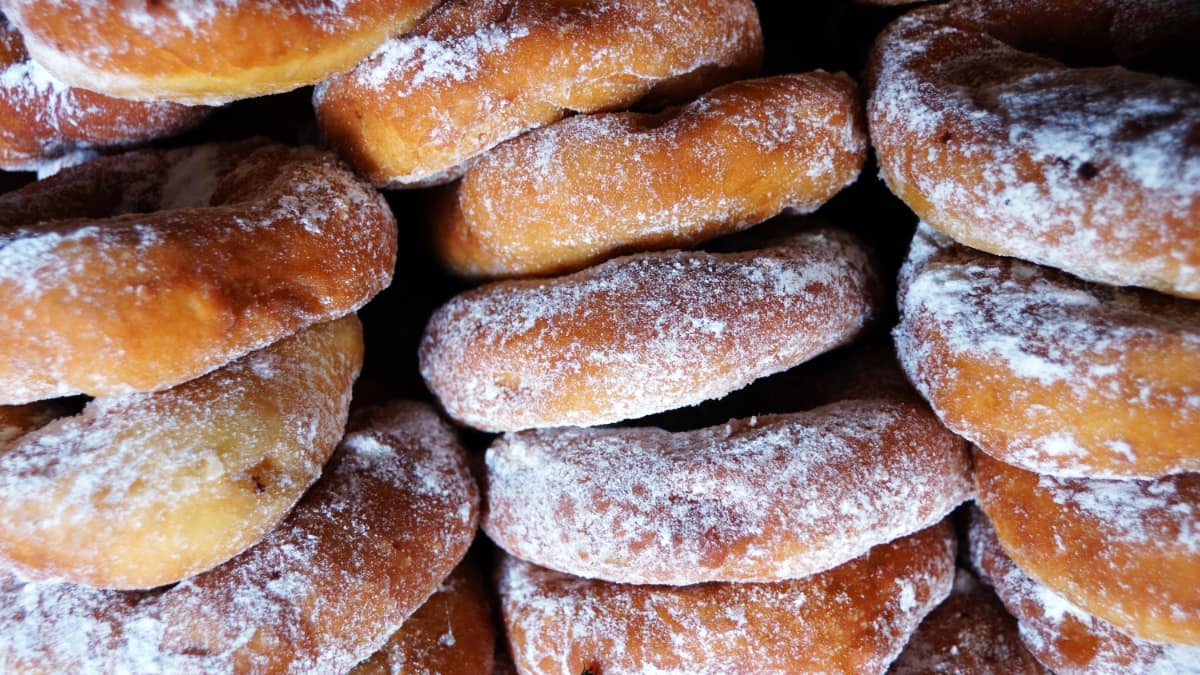 Additionally it’s not realistic to cut even refined sugars out of the diet, and it’s certainly not a healthy behaviour if you replace them with artificial sweetener.

Inside good, outside bad, well, renegade at least

Think of sugar as being inside or outside of ‘a cell’ – nutritionists call them intrinsic and extrinsic sugars. If a sugar is intrinsic it comes kind of bound up in a cell, like in fruit for instance. If a sugar is extrinsic it flows about the place unfettered, like in table sugar, and even in honey! Being inside a cell makes it harder for your body to process the sugar, so you get less of a spike.

Extrinsic or the more ‘gangster’ sugars let’s call them 🙂 flood your blood with what it sees as a bit of a mare, so-much-sugar! If sugar is left to flow rampantly through the body it goes about killing cells, including ones in your eyes that make you see – diabetic retinopathy – and including ones that keep your skin together and stop your leg dropping off. Diabetes causes a massive amount of amputations each year, not funny in the least. (25,000 amputations in the UK between 2013-16).

Insulin to the rescue!

But the body has a soldier in the form of insulin.

When you eat, insulin comes out to the police the situation. If your body detects there’s way too much sugar it brings even more insulin out to get rid of it, either by converting it to energy or if you keep on troughing the sugars and overeating or grazing in general it’ll likely go to fat. Your body will go “Oi lads, s/he’s grazing again, bring out the insulin AGAIN and let’s get this sugar out of the blood and into FAT STORAGE!”

And boy does insulin do a fantastic job of shunting it off to be made into fat. Insulin is ‘anabolic’ meaning it helps things to grow, including your fat stores.

If you keep flooding your bod with insulin it gets hacked off eventually and says “bugger off insulin, I’ve had enough of you”, then you get ‘insulin resistant’ and those gangster sugars are free to go about their dastardly deeds making bits of you drop off and generally making you fat and feel bad.

The whole fruit and nothing but the fruit

This is why it’s better to eat whole fruit rather than juice. By juicing a fruit you create extrinsic gangster sugars from what were lovely intrinsic sugars! Same with fruit yoghurt, the fruit has been pulped and the gangster sugars freed from their cells, plus manufacturers add more sugar to it, whereas if you have some plain yoghurt and whole fruit you get a far far lower rise in blood sugar.

So, if you’re partial to cakes, biscuits, chocolate, sweet drinks, puddings, sweetened coffees like caramel macchiato at Costa and you keep eating them all the time you’re treating your body with disrespect – although if it makes you happy then so be it because it’s your body and you never have to do anything anyone else says with regard to it – but it’s my job to make you want to nurture it. Anyway, eventually it’s likely you’ll be much fatter and as it takes about 10 years for diabetes to say hello you are prob creating a bit of a time bomb.

Honey has some trace minerals, which is why I write it into the Nutrition for Everyone plan instead of table sugar but you still need a very very steady hand with it and it always needs to go with some protein to slow its sugar release. So adding yoghurt, nuts and seeds to your honey 🙂 is a very wise move, or pref vice versa!

It’s OK to eat a bit of cake or a biscuit or whatever is you fancy occasionally, life would be depressing if you thought you never could. But it’s not alright – from a health view – to do that all the time.

Oh and a final note: extrinsic sugars are also produced when you eat crappier carbs like pappy bread etc – it breaks down almost immediately into the hardcore gangster guys.