There’s lots of snobbery around manufactured breakfast cereals, and rightly so in a lot of cases. They’re usually a horror story of refined carbs, with loads of added sugar. Whilst I wouldn’t advise eating Weetabix on its own (unless you specifically needed a really fast input of carbs for very little stomach distress – and there are those situations in an athlete’s life) it IS one of the very few cereals that’s made from wholewheat with very little added sugar. It’s also fortified with iron and some B vitamins, so if you’re following a low-meat diet it’s a good way of getting some more iron into your day.

The main part of your diet should be made up of unrefined foods, but sometimes there is a place for more refined carbs. Timing is the key point. It works well after a swim; swimming is a carb-heavy activity and Weetabix will replace those carbs very fast straight afterwards. But it’s best to give it some extra help on the nutrition front. So here we have Bigged-up-Bix, with added phytonutrients and fibre!

Place the Weetabix, and the above mix, in a breakfast bowl and add the milk, to cover. 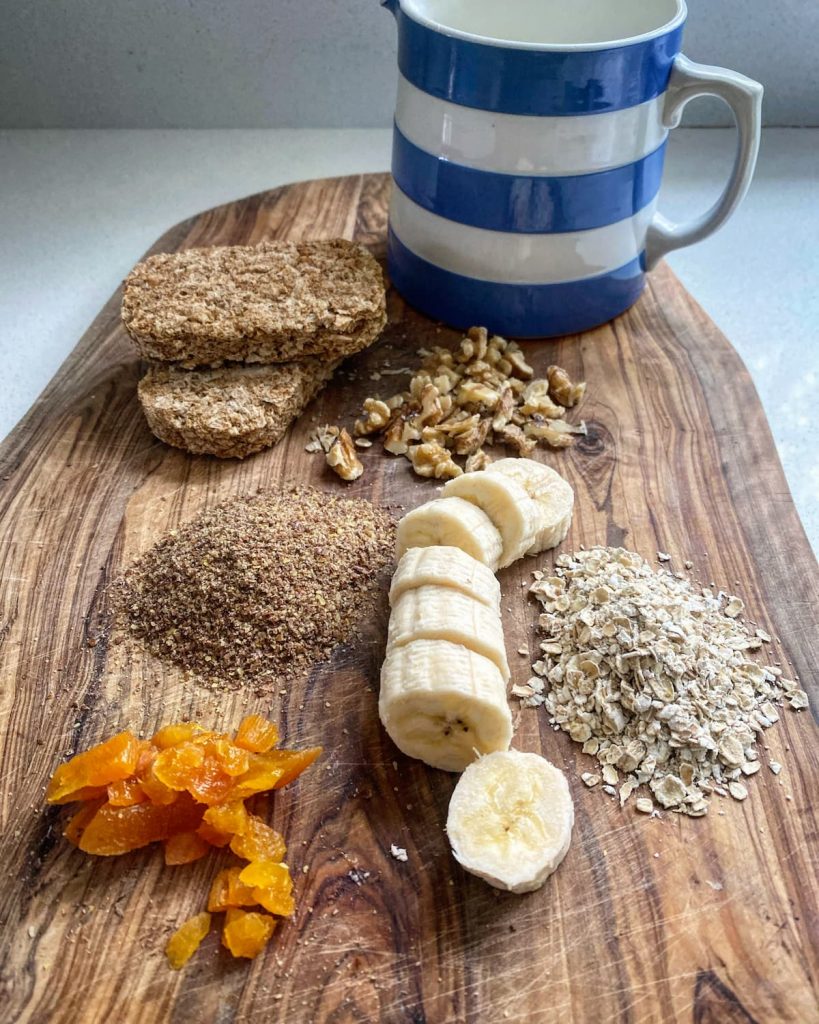 Good nutrition gives you the edge. Get it with a Sports Nutrition plan from Nuush.

Oats are particularly high in manganese which is great for healthy bone formation, healthy skin and helping to control blood sugar. Oats are a wholegrain, that means the good stuff hasn’t been removed. Wholegrains are an important source of B vitamins and fibre.

Oats are a great source of the soluble fibre called beta-glucan. That’s what makes porridge kinda viscous and it stays quite viscous as it passes through you, sweeping up any excess cholesterol as it goes. A happy gut is at the heart of good health!

Bananas are high in vitamin B6 which helps you to produce neurotransmitters for good brain and nervous system health and regulation of mood.

Wake up every morning with the thought that something wonderful is about to happen.

Get a free ebook packed with advice and tips for a healthier and more active life.

Get your free nutrition guide