The benefits of legumes and pulses

Legumes and pulses are the future and the now. It’s bonkers that they have a ‘yuck’ reputation because they’re not only delicious, versatile and cheap but they’re right at the important base of the food pyramid because of their nutrition benefits. Not only that but they have a HUGE shelf life. 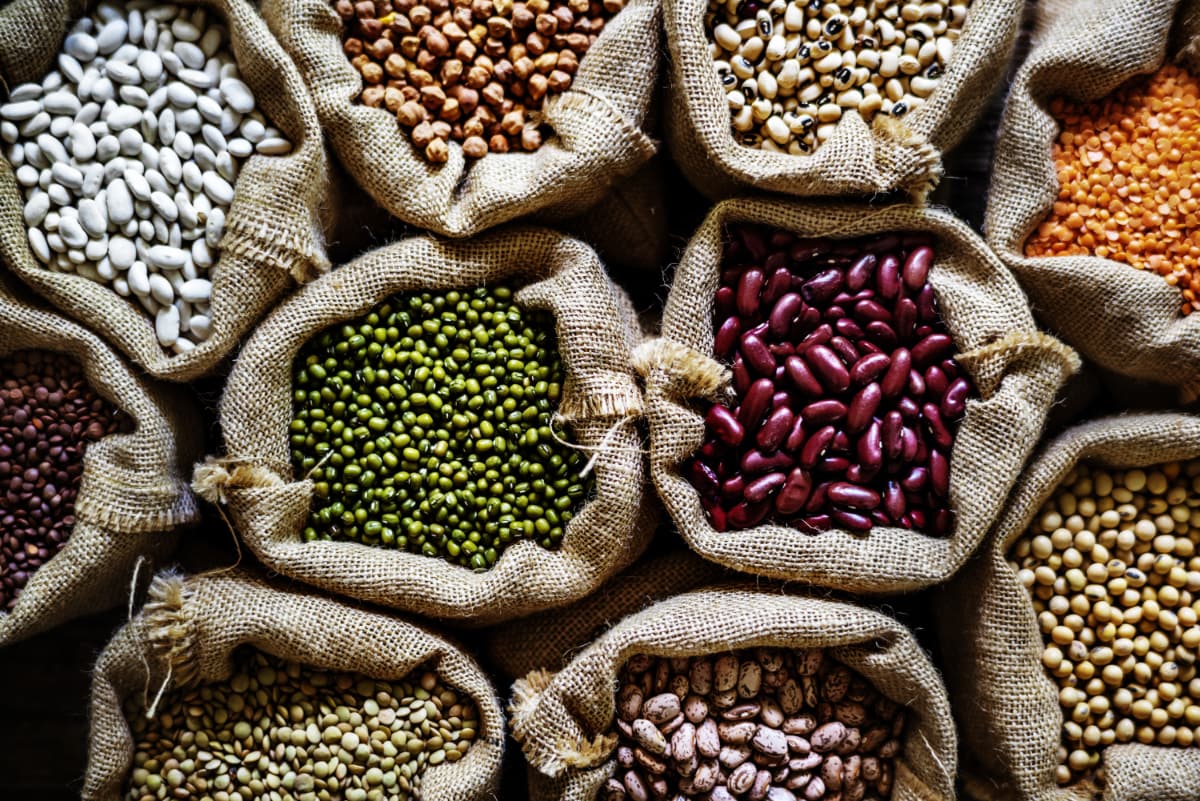 Pulses are eaten with gusto in loads of other cuisines all over the world, yet in the UK they’re under-exploited. We simply don’t eat enough of them, unless they’re slathered in a tomato sauce straight outta’ the tin as in baked beans. But, joyously, people in the UK are starting to eat more beans, lentils and chickpeas – and there is even a UK producer now, Hodmedods, so things are looking up.

Factoid: Legumes are the ‘fruit’ of a pod-plant, such as peas and broad beans – the ‘green’ and fresh crops. Pulses are the dried seeds of those plants, such as lentils. I’m just going to refer to them as pulses for the rest of this article.

What are the nutritional benefits of pulses?

Small but mighty! Pulses are incredibly rich in nutritional value, densely packed with micronutrients; iron, calcium, magnesium, zinc, potassium and in particular Folate – essential for everyone but in particular for pregnant women or anyone trying to conceive.

They’re also a brilliant form of protein and when you combine them with grains – such as a lentil curry with rice, or beans on toast, or a hummus wrap – you get a complete protein. Fabulous! Lower in calories and fat than most other proteins too, such as meat and dairy AND they help keep blood sugar steady as a rock.

Better for the planet as well as for you

Swapping meat and other proteins to more pulses helps to reduce greenhouse gases. They don’t need artificially fertilising as they do it themselves; they use half to one tenth of the water than meat production; they benefit soil health and don’t disturb deeper water layers in soil. Plus they can feed far more people per hectare than keeping livestock on the same amount of land. Only thing is they’re often brought from other countries so the food mileage is a factor – see Hodmedods above though!

Pulses are one of the favourite foods of your friendly gut bacteria. The happy critters thrive on their fibre, chomping down on it and having a pulse party. These tiny friendly gutfolk keep you healthy and feeling good right through your system. A sick gut is a sick body and brain – feed them better and help them thrive and reproduce with pulses!

There are five so called ‘Blue Zones’ in the world. They’re the places where people’s life expectancy is hugely longer than most, and the number of people living to more than 100 years old is much greater. In all five of these regions pulses are a staple in the form of soups, stews, hummus and other delicious and cheap recipes and meals.

Both tinned and dried pulses have their advantages and disadvantages. Dried are cheaper but require time to prepare, tinned are ready when you are. Dried pulses lose some of their vitamin C but tinned retain more of it. Tins are heavier to transport so they use more fuel but dried often come wrapped in plastic. At any rate, all pulses come out better for your health, your pocket and the environment than most other protein forms.

Go beyond baked beans and eat more legumes and pulses

Tins of baked beans have their place but if that’s that only pulse in your life then you – and your gut – are missing out on a massive range of nutrients. It’s really easy to up your pulse game:

Cover photo by rawpixel.com at freepik.com.

PrevPreviousFood and dairy ethics. How our choices affect the planet, people and animals.
NextOverweight and obesity – what are they and why do they really matter?Next