With the abundance of conflicting advice about good fats and bad fats you’d be excused for wondering if the health benefits of olive oil, so often talked about, are real. They are, and furthermore certain health claims are backed up by reliable studies. 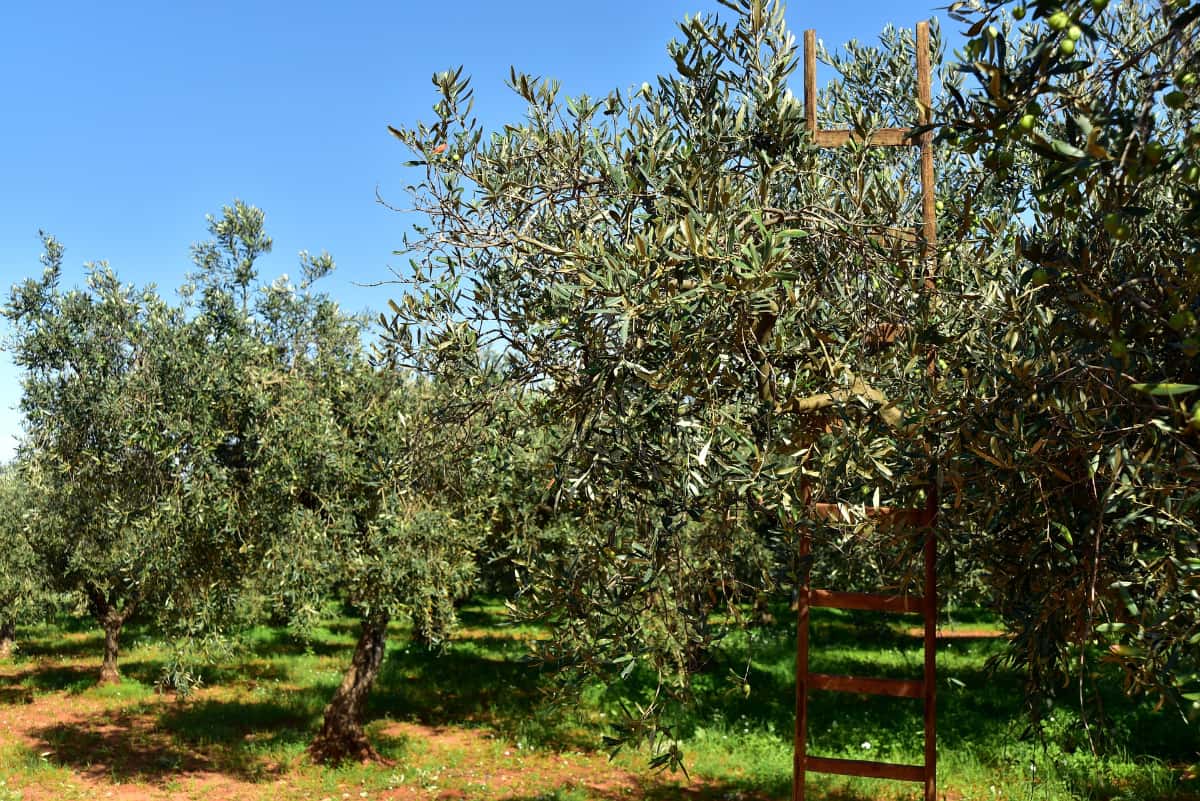 Going back to olive oil’s roots

Cultivated around the Mediterranean about 6000 years ago, with its fruit having been pressed for oil for at least 3000 of those years, the olive tree is one of the world’s true golden oldies. It produces ‘liquid gold’, not only revered for its health benefits and use in cooking but for playing a role in culture, the arts, trade, technology and the economy over the centuries. Yet its biggest claim to fame is the joy it brings to our senses when drizzled over vegetables and salads, or its marriage to balsamic in the presence of a freshly baked sourdough loaf. In high olive oil producing countries people consume on average two tablespoons of olive oil per day as part of the regular diet. Conversely, in the US consumption is less than half a tablespoon per day.

These days, olives are harvested from heavily-laden trees between November and March. Large hydraulic machines are used to exert huge pressure onto the sacrificial ripe olives underneath, separating oil from flesh, ready for it and its health benefits to be enjoyed the world over.

As the name suggests, this is the purest of olive oils. An oil of the highest grade, having perfect taste and aroma. It must be obtained from the first pressing of fresh olives, normally within 24 hours of harvesting, being extracted by non-chemical or mechanical means at below 28 degrees C. Finally, the free fatty acid level must be less than 0.8%. Put simply, free fatty acids are just fatty acids that aren’t part of a ‘gang’ and that can be used as an immediate source of energy.

In fact there’s a sub-category here and that’s ‘premium extra virgin’, which has the lowest level of free fatty acids, as low as 0.2%.

This is only a small step away from extra virgin; also from the first press but with 2% acidity. It can still have a really good flavour which works well as a dressing but its best use is for cooking where the more complex flavour of extra-virgin would be lost.

This is labelled as ‘light’ or ‘100% pure’. It’s fake news; the deceptive trick of the supermarket trade. It’s refined by using agents (acids, alkalis, and heat) to extract as much oil as possible from the olive pulp that remains after the first pressing, resulting in a more acidic oil; lacking in taste, aroma and natural antioxidants. This is what you might find in foods labelled as being ‘packed in olive oil’. The ‘light’ label doesn’t mean it has fewer calories but refers to its lighter flavour.

Pomace oil is made from the leftover pulp from the first pressing. Heat and solvents are used to extract the remaining oil which yields about 5-8% of the quantity of the first press. It’s not sold as ‘olive oil’ at all, in fact you can’t buy it as an everyday shopper, it’s more for commercial use and even then warnings have been issued against it by the British Food Standards Agency.

Lampante oil is at the bottom of the olive oil ladder. Often produced from inferior or degraded olives it tastes and smells bad and doesn’t have the beautiful colour of the extra virgin and virgin oils. It’s OK for use in lamps though! Hence the name.

As a fundamental part of the Mediterranean diet, the health benefits of olive oil are bountiful. It’s high in polyphenols, for which there is significant epidemiological evidence showing positive health effects. In plants polyphenols protect against stresses such as UV light, pest attacks and effects of the weather. They do the same for us when we consume them! These polyphenols are at their most abundant in early-harvest oils; they deteriorate with storage which is why, unlike Nuush’s followers, olive oil does not get better with age.

We recommend you buy it in small quantities rather than by the barrel-load, as the polyphenols and flavour degrade with time and the health benefits of olive oil are lost. It’s always best to keep olive oil in the dark and cool and even if you buy it in dark glass bottles it’s essential to keep it away from heat, so avoid keeping it next to the cooker or in a cupboard directly above the cooker. For the best nutrient retainment decant a small amount into a darkened glass, or stone/ceramic, bottle and keep the rest in the fridge. When refrigerated olive oil will slightly solidify and go cloudy, this disappears when it’s brought back to room temperature.

Regular consumption of olive oil is thought to:

So why olive oil? Isn’t coconut oil the dog’s olives these days?

Whilst olive oil contains small amounts of saturated fat, omega-3, omega-6 and, more abundantly, omega-9, its fatty acid profile largely consists of monounsaturated fat, in the form of oleic acid, which is notorious for its many health-benefits. Coconut oil is the opposite. It’s predominantly made up of saturated fat which isn’t recognised as being beneficial to our heart health, although it’s fine in moderation. Although coconut oil’s saturated fats are in the form of medium chain triglycerides which are metabolised fairly easily so they are more available for energy rather than fast fat storage.

In terms of antioxidants, both provide the goods. However, olive oil is a drizzle above the rest, filled with a wider variety of polyphenols.

So, when it comes to buying, you will probably have noticed that coconut oil doesn’t have a shy price tag. The same is true for olive oil, the better the quality, the more it will cost. BUT, it is so worth the extra pennies! Think how much you’re prepared tp spend on wine each week against the price of a good bottle of olive oil that’ll last you a month – huge value for money!

Be sure to look out for ‘cold pressed’ extra virgin olive oil. In terms of environmental footprint (which we’ll cover more later), if you’re in the UK olive oil has a smaller footprint than coconut because it won’t have travelled as far from field to plate.

Cooking with a European flavour

The flavour of olive oil not only depends on its quality, but on where it’s sourced from;

In fact around 50 countries produce olive oil and France and California are fairly big producers; their oils tend to be a lighter colour and flavour.

Not all oils are made from olives sourced from one origin. The price is usually a good indicator of this. If the olive oil you pick up is relatively cheap it’s highly likely that it’s made from olives that have been harvested from all over the Mediterranean. No care is given to the origin of the olives, they are mixed and pressed together. Attention is only paid to providing enough volume; nuances of flavour are secondary.

A pure-bred, single-variety oil will have been produced anywhere between one country, one growing region or even one group of vines; with the highest level of care taken in its amalgamation to ensure no quality or flavour is lost.

When cooking with this magical stuff, there are two properties of oils that matter most in terms of olive oil’s health benefits:

You’ll be delighted to know that olive oil performs well in both categories. Note that you should avoid heating the oil to very high temperatures in order to reduce production of free radicals, which are harmful to your body.

Ethics and sustainability of olive oil

Due to its gastronomic reputation, olive oil demand is growing at an eye-(and mouth)-watering rate, 6% a year. The market is subsidised well by the EU budget, so olive farmers are reaping the benefits. Unlike coconut farmers who tend to be living in abject poverty while the companies selling coconut oil charge extortionate prices.

However, the practices used to farm olive oil can be bad for the environment. In particular, causing significant soil degradation and water contamination from the chemicals used to combat weeds and pests. In turn, this has a negative impact on habitat and biodiversity.

It also takes 5 kilos of olives to produce 1 kilo of olive oil as the conversion of olives into olive oil is not very efficient. Although on the plus side the olive oil ‘cake’ which is the leftover pulp and stones can be made into brickettes for heating and some animal-feed trials have taken place too.

What can you do to help?

Thanks to Lauren Dolan for carrying out the research for this article.

PrevPreviousHow to be a better sugar burner
NextDo nothing every dayNext