In our series of our articles looking at mainstream diets we examine the benefits and pitfalls of Weight Watchers and talk about how Nuush’s approach differs. 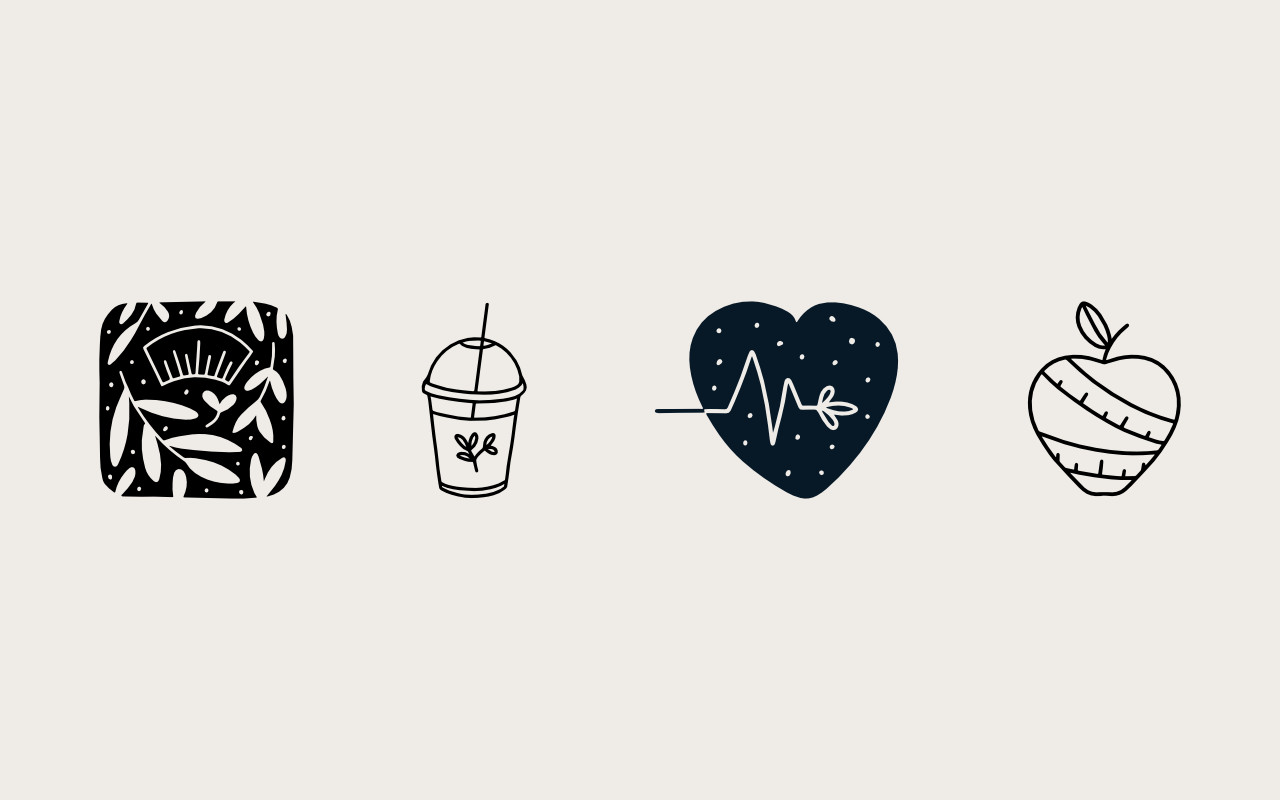 Weight Watchers is an American diet company started by overweight housewife-cum-businesswoman, Jean Nidetch, in 1963. It now sells its diet regime across the world. In the UK there are more than 6,000 Weight Watchers meetings a week and the company earns profits of around £18m a year worldwide, although at the time of publishing they’ve taken substantial downturn. The company spokesperson is Oprah Winfrey and the diet has been followed by a host of celebrities.

Weight Watchers also sell ready meals, made by Heinz who once owned the company, as well as packaged food such as bars and crisps; plus books, DVDs and cooking implements.

How does Weight Watchers work?

It’s based on a points system called  ‘Simplepoints’. Each person is allocated an amount of daily points based on their weight, height, age, sex and activity level. Every food, apart from fruit and veg, has a points value, based on its amount of calories, saturated fat, sugar and protein.

People can eat anything they want, nothing is off-limits and they can eat as much fruit and veg as they like. As with any diet, weight loss is brought about by a calorie deficit.

There’s also a Weight Watchers plan called ‘No count’. It provides a list of food that people can eat unlimited amounts of with no points to add up, while following their instinct about portion size.

Both plans provide an extra weekly points allowance to ‘spend’ on superfluous foods such as crisps, chocolate and sauces or just anything extra they choose to eat.  It starts at 49 and reduces with weight.

Weight Watchers uses BMI as a guide to setting people’s goal weight, although BMI is not a reliable method of assessing how fat a person is.

There are two ways to follow the regime; purely online or at a weekly group meeting with a Weight Watchers’ coach – someone who has followed the diet and lost weight themselves, with online support too.

With the ‘meetings and online’ option members attend a weekly group gathering lasting 30-45 minutes. They are confidentially weighed, and there’s discussion each week about certain foods and their points, and how to maximise on the points allowance or about various topics such as coping with seasonal changes in eating, like Christmas or holidays. Online support is given via various Facebook groups and ‘app communities’. The online-only option holds weekly meetings via Facebook or the app.

Weight Watchers encourages activity by allocating points to various activities based on type and duration. Activity points are deductable from daily points used on food.

It’s around £22 a month for meetings and online support or around £13 a month for online-only, with the option to add online meetings for £2.13 a week.

It gives a free-rein with food, so people don’t have to change *what* they eat, only how much. Group support suits people who like that sort of accountability and companionship. People get a feel for the relative energy value of different foods. As it’s essentially a calorie cutting regime people do lose weight while following it. It encourages activity by allocating deductable points to exercise.

The points system often means people try to maximise the food allowance by eating low fat, artificially sweetened versions of otherwise nutritious foods. Daily points can be used by eating 100% biscuits or crisps if the person chooses. Weight Watchers sells its own range of ready meals, which are very small and can be unsatisfying, and people we asked complained about the quality and taste. Eating ready meals doesn’t encourage people to cook nutritious meals from scratch, which is a life skill. The diet doesn’t ensure that people learn how to eat nutritiously; people can, and do, leave Weight Watchers no wiser about what constitutes a healthy diet. Artificially sweetened products are promoted even though artificial sweetener is surrounded by controversy. A lot of time is spent evaluating the points of different foods and calculating the daily amount, which can remove the natural joy of eating.

How Nuush differs from Weight Watchers

Nuush is a small, professional, company employing qualified nutritionists and personal trainers who are available for all clients to consult with and learn from.

Its ethos is based on great nutrition and health, weight loss is the by-product. Nuush focuses not directly on body weight but on achieving a healthy level of body fat and maintaining it for life with real and tasty food, healthy joyous eating and regular enjoyable activity. Nuush promotes whole foods, not reduced fat or reduced sugar but whole and delicious foods in the right amount to achieve great health. Nuush doesn’t believe in surrounding eating with numbers or points or having people look up values of their food; it believes in eating by healthy instinct, and nurturing that instinct in its clients by working closely with them.

It supports eating three good meals a day and discourages snacking, so that people are nicely hungry for meals and can live their lives in-between. Nuush helps people to reconnect with their kitchen and to find the love for choosing quality (not necessarily expensive) ingredients and to use cooking as relaxing downtime. It encourages families to eat together at the table and benefit from the shared love of good food and conversation.

Nuush educates people about correct portion sizes, timing of meals and how to get all the nutrients they need. It reconnects them with natural hunger and fullness feelings so they learn instinctively what their body actually needs. It works closely with people to overcome emotional eating and other types of disordered eating so they can break free from that burden and enjoy food without connecting it to feelings.

People are encouraged to make and cook easy healthy and quick meals from scratch and to make meal times special and, if possible, sociable. Rather than seeing food as something that causes weight gain or loss it’s seen as something that nourishes, satisfies and brings people together.

Nuush works for single people to couples to families, it’s not something that’s done in isolation but a way of life for everyone, from all walks of life. There are also specialist plans for diabetics, sportspeople, couples trying to conceive, pregnant women, students and families, as well as variations for vegetarians and vegetarian/fish eaters within all those plan types.

Its plans are used right across the world from Australia to New York to Colorado to Italy to Thailand to New Zealand, as well as across the UK.

It’s a change of lifestyle, for always, rather than a temporary diet. Therefore it has to be enjoyable, inspirational and something the person will eventually be able to do without thinking. That’s why there’s no number crunching because it’s no way to live and takes the joy from eating. Nuush is how people used to eat when most people were slim and didn’t even know about calories, but it’s better because it’s more varied and exciting!

Nuush targets and supports people. There is no male/female bias. While Weight Watchers also supports both sexes their advertising features a large proportion of female images.

With Nuush people get meal plans written by qualified nutritionists, and continual support from the same. They can email, call, Skype or text their nutritionist and they get free nutritionist advice in the facebook support group as well as support and encouragement from peers. Plans are just £32 a month with no joining fee.

Nuush is fully qualified to advise on and deliver exercise and fitness training and we provide bespoke sports nutrition plans to suit your training. It also encourages people to be generally more active by taking just ten minutes here and there during the day to walk or move however they can, with no huge expectations beyond good health. People learn to love being outdoors; stepping outside brings easy health benefits and is free!

So, finally, does Weight Watchers work?

It helps people to lose weight and to learn the relative energy values of the particular foods they choose. It doesn’t necessarily help people to keep the weight off in the long-term, unless they keep going back to it and counting points again. Because people are given a free-rein with choices there’s no obligation to choose healthy or varied food combinations, therefore unhealthy cravings can continue, such as cravings for sweet foods. It doesn’t address the emotional attachments that are so often present. People can still eat all their points allowance at times of emotional distress as long as they don’t overshoot that day’s allowance.

Nuush’s diet works in the short and long term because it addresses all aspects of health and healthy eating. It educates people about good nutrition, enjoyment of good food and activity, as well as encouraging good sleep and reduction of stress. It suits everyone, not just the dieter, because it’s good old fashioned healthy eating. And the food is gorgeous, with loads of choice. It’s similarly priced but offers far more long term value and better all-round health.