Calcium is a mineral that’s essential for many body functions and for its structure. We store an impressive 1kg of calcium in the body and it’s very tightly regulated – so if there’s a calcium deficit in blood plasma the parathyroid glands send signals to take it from the bones. 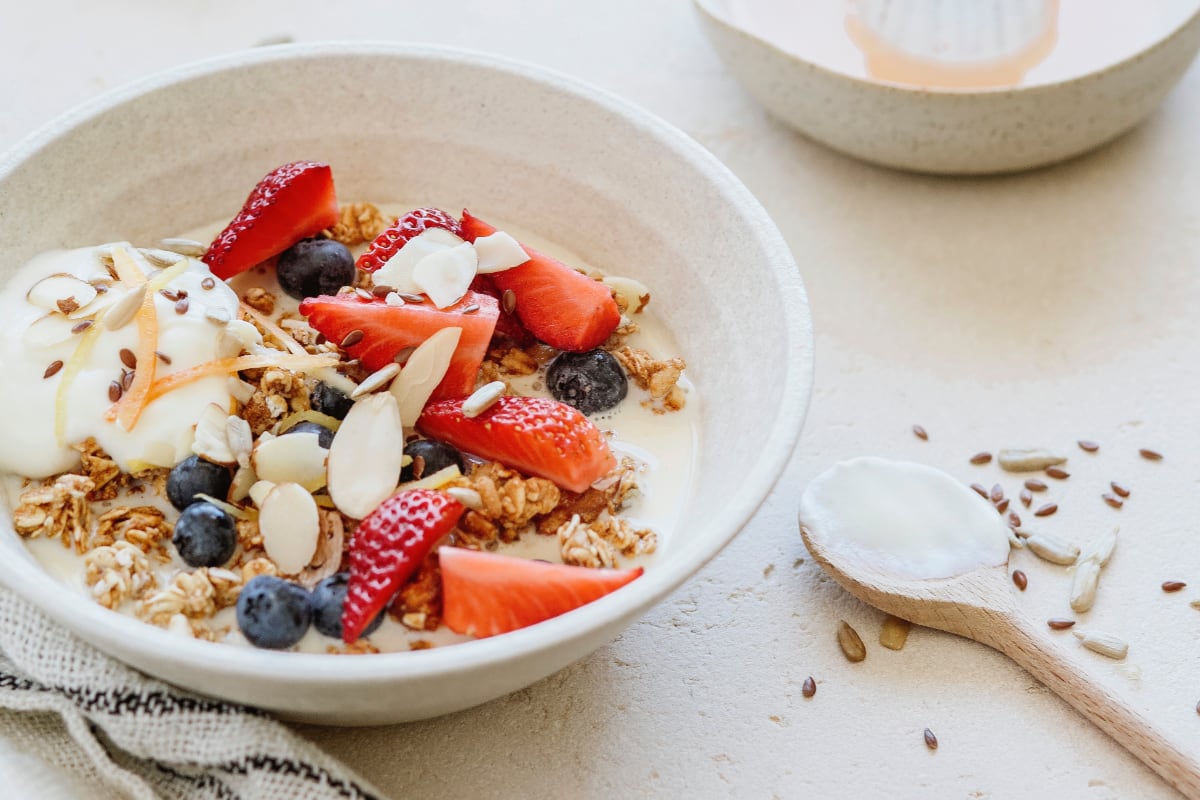 Calcium and vitamin D are a team because calcium absorption relies on the presence of enough vitamin D. For example, let’s think about Rickets. It occurs because there’s low vitamin D meaning calcium isn’t absorbed, calcium is then taken from the bones, making them soft. It’s called osteomalacia in adults and is on the rise because of lack of vitamin D from the sun and lack of vitamin D and calcium from the diet as people turn towards man-made ‘milks’ and stop eating dairy.

On the other hand if there’s too much calcium it can cause havoc such as making body tissues harden, including blood vessels.

What does calcium do?

Almost all of the body’s calcium – 99% – is in teeth and bones, helping to form them. Its other roles are in aiding muscle contraction, regulating heart rhythm, helping enzymes to do their job, helping nerves to work and in blood clotting.

Where do we get calcium from in the diet?

Mainly from calcium rich foods such as milk and dairy products but also from:

The body absorbs calcium from milk and dairy much more easily than plant-based calcium. Plants contain phytates and oxalates which bind up the calcium making it harder for our bodies to absorb it.

Fortified foods like plant milk and orange juice have good bioavailability but the calcium tends to settle at the bottom of the carton making it hard to distribute throughout the liquid. Calcium from fortified cereal is absorbed well but the amount of calcium in the cereal is far less than in dairy.

Supplementing calcium – how much calcium do I need?

It’s not something to supplement blindly. You should at the very least have a deficiency test from a medical professional before taking supplements. And note, taking excessive vitamin D can cause excess calcium, as the two work together.

Children and teenagers need greater amounts of calcium while bones are teeth are forming. It’s also important during pregnancy and breast feeding.

The trend for veganism in young people, whose bones are still forming, is a concerning one. Parents should take every measure to ensure their children get adequate and bioavailable calcium and vitamin D (which will also be compromised because of dietary restriction).